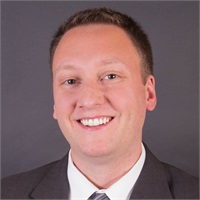 Mark Beaton, CPFA is a Retirement Plan Consultant for Summit Wealth Strategies,LLC . A native of England, Mark immigrated to the United States with his parents in 1996. He obtained a Bachelor’s Degree in Professional Aeronautics, with a minor in Management from Embry Riddle Aeronautical University. During his career as a commercial pilot, he was introduced to the Ziegler Companies where he began his financial services career as a Municipal Bond Broker.

In 2011, Mark co-founded Strategic Insurance Consultants (SIC) which specializes in benefit consulting for Professional Employer Organization (PEO) and Administrative Services Outsourcing (ASO). Mark became the Director of the Retirement Plan Consulting Division. The Benefits and Retirement Division of SIC merged with GCG Financial in 2013, where Mark designed, implemented and maintained one of the largest PEO/ASO in the Front Range. Mark was acquired in 2015 when Bukaty became the consultant of record to the PEO/ASO.

When Mark is not working as a Retirement Plan Consultant he likes riding dirt bikes. He is the Board Vice President of a 501(c)(3) which stewards land management for the Rampart Range area of the Pike National Forest. As a passion, Mark flies regularly with the Aspen Flying Club and likewise, he enjoys camping, snowboarding and spending time with family. Mark and his wife, Lisa, are the proud parents of two boys.